Why do you stay in America?

Legally there is nothing preventing you from returning to Turkey. Why do you prefer to stay here?

I am seized with anxiety. Regardless of when, or if, I return to Turkey, those who have created controversy, made allegations, signed the execution of my death sentence [so to speak], will do so again the very same day I return. At my age, my blood pressure has risen to 20 points, and they have been unable to lower it with medicine. I thought living would be hard if I had to hear the same things all the time. I made the logical choice and stayed here. I stayed despite myself. I stayed by burying the longing in my chest. But, I have seen it as indirectly pushing myself closer to death. Some have no mercy. They write impossible things. They write despite the fact they are knowingly spreading lies. Even though they were pressured by various circles, some suggested the idea of “araf” to the court. Neither Heaven nor Hell–something in between. It shows this: Their conscience was pointing them in the right direction. However, there was an artificial public opinion conceived by some in Turkey and it was boiling over. They took this into consideration. I made my deposition to an American public prosecutor here. I swear. The prosecutor (Assistant US Attorney Mr. Bruce Repetto in Newark, NJ) had compiled nearly 100 questions based on the claims. He was laughing at it all. What kind of law is this, that these kinds of things could be a crime?*

Could you give an example?

For example, you said that if you are followed by someone and if you want to keep your position in the state institution, deal with it, do not make your feelings obvious. Unrealistic claims such as this. Organizational claims too, such as taking over management. The prosecutor laughed at these. Another thing is that I was faced with this for the first time. I met with the prosecutor only once.

He (Mr. Bruce Repetto) met me at the main door. He had a translator. He walked me to the chair. He washed the glasses himself and brought water. Namely, like a psychiatrist or psychologist who considers a person’s feelings, he wanted to take my deposition after he had comforted me. He left the room three times to let me think and to talk to my lawyers. He requested “yes” and “no” answers from me while he was asking questions. I wanted to add something, but he found it unnecessary. Then, he walked out the door. I said to myself, “If this is the courthouse, then long live America.”

There are some people who say about you, “if America were not supporting him, he would not stay there such a long time.”

I am regarded here as an official of religion. I have temporary residency as an official. I extend it every year. Meanwhile, I earn my living with publishing royalties from the books. There are hundred of people here like me. They are on duty in different mosques. They are not affiliated with Religious Affairs. I told the FBI [officer], who came here for an investigation related to my residency, that I gave pep talks. Some people came and I gave pep talks to them as well.

* Visit this page to read Mr. Fethullah Gulen’s testimony at US Attorney’s office in Newark, NJ.

Source: This is a part of an interview with Fethullah Gulen by Nuriye Akman of Zaman Newspaper in Turkey in March 2004. Click here to read the full interview.

What does Fethullah Gülen own? How does he support himself financially?

“My friends send me a certain amount of royalties from the books that I have written. I pay rent for the place that I am living in with…

History of the Hizmet movement and Fethullah Gülen’s philosophy revisited 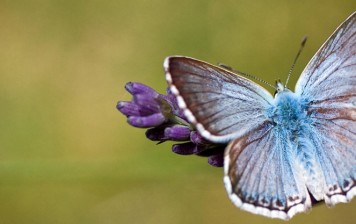 Turks living in Britain see it as their duty to integrate

For a long time, Turks have been a largely invisible minority group in Britain. But thanks to those campaigning for a British exit from the European Union who have argued that Turks are a national security threat, and those warning that 12m Turks want to come to Britain if Turkey becomes an EU member state, […]

A group of about 130 people gathered at Redmond United Methodist Church (RUMC) for dinner on Sunday evening. But rather than a room full of Christians, as the venue may imply, the dinner was the Interfaith Friendship Iftar Dinner and contained a mix of members of the RUMC as well as members of thePacifica Institute […]

Notwithstanding the series of conflicts in various parts of the country, there is a high hope that Nigeria is heading towards peace and a brighter future, Initiator of Hizmet Movement and foremost Turkey-based scholar, M. Fethullah Gulen, has declared. He disclosed this in a message to the Ufuk Dialogue’s 5th Dialogue and Peace Awards Ceremony, […]

I am shocked and deeply saddened by the horrific attack that took place in Orlando, the deadliest mass shooting in United States history. I unequivocally condemn this hate-driven terrorist attack and I share my revolt and disgust with billions of people around the world.

Congressman David Scott, representing Georgia’s 13th congressional district, has said that Gülen movement cannot and should not be designated as a “terrorist organization” while expressing his concerns over President Recep Tayyip Erdoğan’s including the movement on the list of “Turkish terrorist organizations.”