The coup in Turkey attempted by a group of middle-ranking soldiers of the country has gone down in West Asian history as an ill-designed expedition.

Leaving around 265 people dead and nearly 1,500 wounded — including members of the coup — 3,000 soldiers have been arrested. They mainly targeted Ankara and Istanbul, taking control of the Istanbul’s bridges, airports, the Turkish parliament and some police stations.

It is gratifying that the Turkish government has scuppered the coup attempt. But an irony that has left many in the lurch is the current Turkish establishment’s blame on the Turkish-origin moderate and progressive Islamic scholar and social thinker, Fethullah Gülen for being behind the coup. Turkish President Recep Tayyip Erdoğan has bluntly blamed it on the Hizmet movement, Gülen’s initiative for intercultural and interfaith dialogue and education in the country expanding across the world today. But for many immensely impressed by Gülen’s global humanitarian, social and Islam-based peace activism, it remains an obscure question as to how the former ally of his country is now blamed for the coup?

Not many in India know who Fethullah Gülen really is, despite his significant contributions in different parts of the country in promoting interfaith dialogue, modern education and peace activism.

An authoritative mainstream Turkish Islamic scholar, social thinker and educationist Fethullah Gülen (1938) has long been engaged in peace activism, interfaith and intercultural dialogue, promoting science, democracy and spirituality. Living in exile in Pennsylvania, he promulgates a spiritually inclined faith in Islam. He has propounded spiritual Islamic theories, which can contribute to the modern approaches to peace, non-violence and counter-extremism. Interestingly, he is not a social scientist but his ideas are very relevant to peace and conflict resolution. Gülen strongly advocates the importance of democracy, pluralism, education, science and interfaith dialogue for peace and conflict resolution in the Muslim world. In a research paper entitled Fethullah Gülen and His Liberal Turkish Islam (Movement. MERIA Journal. V4, No:4), Aras and Caha (2000) have concluded that Gülen’s basic idea is to replace the theory of “clash of civilisations” with the “cooperation of civilisations towards a peaceful world”.

It is not going to be all that easy to blame Gülen for the Turkish coup for two main reasons: First, Fathullah Gülen and his Hizmet movement fully supported the Turkish president Erdoğan when his ruling party, Justice and Development Party democratically rose to power. Second, the mainstream peace-loving Turkish people around the world endorse the writings and teachings of Fethullah Gülen, which lay the foundation of the Hizmet Movement. It has earned huge appreciation from an overwhelming number of independent researchers and writers, both from Turkey and foreign countries. Even the Turkish media has favoured the humanitarianism of the Gülen movement until the recent forced capture of the mainstream media outlets like the most popular daily newspapers  Zaman and Today’s Zaman which often spoke for the Hizmet. Reporters Without Borders’ security-general Christophe Deloire released a hard-hitting statement about the takeover of independent media in Turkey, calling it “ideological and unlawful.” He wrote: “Erdoğan is now moving from authoritarianism to all-out despotism”. As a result, the editorial tone of several media outlets in connection to the Hizmet movement has changed after the takeover, as Al-Jazeera has pointed out in an article dated 6 March.

Gülen’s ideas, primarily drawn from Islamic sources, have inspired the powerful civic and social movement, Hizmet or what is popularly known as ‘Gülen movement’ within Turkey and abroad. The Turkish word ‘Hizmet’ is derivative of the Arabic-Persian word “Kihdmat” meaning “service” and hence the movement has established hundreds of educational, civic service organisations and institutions in over 160 countries, actively contributing in the areas of peacebuilding, conflict resolution, intercultural-interfaith dialogue, education, media and relief work. These institutions engage in various initiatives that foster inclusiveness, build community capacity and create shared spaces.

Remarkably, the prominent scholars of the country have produced numerous works on Fethullah Gülen and his peace activism in English, Turkish, Arabic and Urdu literature. However, most of the publications about Gülen were designed for the academia, not for the popular consumption of regular media audience. Nevertheless, they have developed a nuanced understanding of Gülen’s thoughts, particularly his theories of peace, nonviolence and counter-extremism. In this context, it would be quite pertinent to glance through a few rigorous research studies on Gülen and the Hizmet:

The renowned Turkish academician, Zeki Saritoprak, director of the Bediuzzaman Said Nursi Chair in Islamic Studies at John Carroll University in Cleveland, has tweeted, “I strongly condemn all dictatorships in Turkey be by military or political Islamists”. In 2007 at the SOAS conference, Saritoprak had explained that Gülen believes in the integrity of the individual; his approach to social restoration and peace building, therefore, is one of “bottom-up” social change which is similar to the famous Muslim sociologist Ibn Khaldun’s understanding of building peace.

In 2001, Berna Turam, professor of Sociology and Middle East Studies at Hampshire College, studied the Gülen Movement in McGill University for her PhD that was based on an extended empirical research project undertaken in Turkey and Kazakhstan between 1997 and 1999. She wrote Between Islam and the State: The Engagements between Gülen Community and the Secular Turkish State.  The main findings of her research contrast the juxtaposition of Islam and the state. She noted:

“Throughout the Middle East, the clash between Islamic forces and authoritarian states has undermined many democratization efforts. But in Turkey, Islamic actors—from the Gülen movement to the pro-Islamist Justice and Development Party—have been able to negotiate the terms of secular liberal democracy”

“Though both the Gülen and JP have ambivalent attitudes toward individual freedoms and various aspects of civil society, their continuing engagements with the state have encouraged democracy in Turkey. As they contest issues of education and morality but cooperate in ethnic and gender politics, they redraw the boundaries between public sites and private lives.“

As mentioned above, the ruling party in Turkey Justice and Development Party (JP) was not antithetical to Gülen’s movement in its initial phase. But what catapulted it from being an ally of the Hizmet to get vehemently opposed to it. Turkish President accuses Gülen and Hizmet of running a “parallel state” with thousands of supporters in all structures of authority, all with the aim of overthrowing the government. However, the supporters of Gülen and Hizmet volunteers have retorted this accusation. They averred that Gülen is now Erdoğan’s “default scapegoat” and hence whatever wrong goes in the country is wrongly blamed on Gülen.

But to many analysists and West Asia experts, the tension is much deeper. They view it as a rivalry between the political Islamism and the moderate and mystical narrative of the faith. Fathullah Gülen has written many articles and books in support of democracy, liberalism and pluralism. Given this, it appears to be a slugfest between a relatively liberal and secular Islamic modernist in disagreement with Turkey’s conservative and political Islamist government!

At a time when the Muslim youth are falling prey to the extremist jihadist thoughts, Gülen’s initiatives are particularly aimed at producing solutions to the baffling problem of radicalisation and growing religious extremism in the Muslim societies.

The Alliance for Shared Values is one of the various global interfaith organizations that espouse the ideas of Gülen. It has condemned the coup attempt in the early hours, followed by the strongest condemnation of the incident by Gülen himself.

According to The Financial Times, many other Gülen-inspired organisations have denounced the coup in categorical and unequivocal terms.

The author is a scholar of Comparative Religion, Classical Arabic and Islamic sciences, cultural analyst and researcher in Centre for Culture, Media and Governance, JMI Central University

What is the historical context in which the Gulen movement emerged?

As the Gulen movement flourished in the 80s it is necessary to study the 1980 military coup in detail in order. The military coup of 1980 brought a… 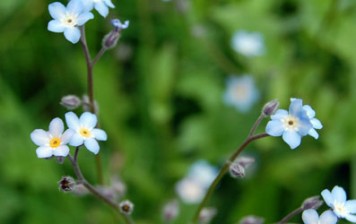 Gülen is no expert in the history of religions, but he does assert clearly that “no divine religion has ever been based on conflict, whether it be the…

What really annoyed the Dutch government, however, was when the Turkish consul general sent a letter to local authorities in the Netherlands advising them how to curb public protests opposing the government in Ankara. That brought a coldly dismissive response from foreign minister, Bert Koenders: “The Netherlands deals with Dutch society and that has nothing to do with the Turkish government.”

Gülen: Burden of proof rests with those who claim we plotted the coup

Turkish Islamic scholar Fethullah Gülen, who is held responsible for everything that goes wrong in Turkey including a failed coup on July 15, said in an interview that those who accuse him of plotting the coup bear the responsibility of providing evidence.

Fethullah Gulen says will return to Turkey if US backs extradition

Calling for an international probe into the accusation, Gulen told ZDF that he would be ready to answer to such an investigation. “If their accusations stand, then I will accept what they want. But they have neither succeeded in showing any concrete proof nor given an answer to my suggestion. Therefore, these are all just mere assertions,” he said.

Turkish President Erdogan on Tuesday called on world leaders to fight against US based Islamic scholar Fethullah Gulen over what he (Erdogan) described as an act of terrorism orchestrated by Gulen against Turkey. Addressing Presidents and Prime Ministers of civilised regimes of the world at the 68th UN General Assembly, Erdogan demonstrated before his colleagues very high level of incapacitation and inability to stick to simple ratified conventions to which Turkey is signatory.

That is down in large part to the gutting of Turkey’s independent press. More than 115 journalists have been imprisoned and hundreds more fired since the July 15th coup attempt, while 130 media outlets have been shuttered. That, in addition to the sacking of more than 1,000 media workers in the previous 12 months, has left crucial questions unanswered. Put simply, there is no one left – or willing – to overturn the stones on which the failed military takeover was built.