The land where the world-renowned poet and Sufi Master Rumi lived and taught is now witnessing an unprecedented development with global effects. Teachers, parents, and business owners are participating in a sociocultural movement, which is primarily driven by activism in the field of education. This civic initiative has been inspired by a Turkish Muslim scholar, M. Fethullah Gülen, whose humble beginnings gave little indication of his potential. Over the years, Gülen has encouraged the social elite and community leaders, industrialists, as well as small businessmen, to support quality education. With donations from these sources, educational trusts have been able to establish hundreds of schools, both in Turkey and abroad.

The educational philosophy of Gülen is the source of inspiration of the movement. It can be said to have four dimensions.

We see an approach to education that is at peace with science and technology, as it warmly embraces the culture and beliefs of society at large.

These dimensions are closely connected with each other. The ideas, beliefs, premises, or actions in one make the others work reciprocally. While the world has no shortage of educational models or theories, a distinguishing feature of the educational philosophy of Gülen is the fact that it has not remained in speeches or books only.

The schools inspired by Gülen’s educational understanding are not religious or Islamic. Instead, they are secular private schools inspected by state authorities and sponsored by parents and entrepreneurs. They follow secular, scientific, state-prescribed curricula and internationally recognized programs.

For the lack of a better or more concise name, these schools are sometimes called “Gülen schools,” a term Gülen personally finds inaccurate and inappropriate, and never condones. He says, “I am tired of saying that I do not have any schools” (1).

While the roots of this educational movement lie in Anatolia, or modern Turkey, the worldwide popularity of the schools points to the fact that Gülen’s educational paradigm has universal appeal. High achievement in math and sciences and emphasis on the exemplary moral character of teachers and its impact on the children’s behavior are among qualities often praised by parents.

Gülen sees education as the primary solution to the three problems that plague developing countries, namely:

Gülen asserts that knowledge, work-capital, and unity can combat these. As ignorance is the most serious problem, it is defeated through education, which has always been the most important way of serving one’s own community, country and humanity. Poverty is eliminated through work and the possession of capital. Internal schism and separatism are eradicated through unity, dialogue, and tolerance (2). Gülen emphasizes:

As the solution of every problem in this life ultimately depends on human beings, education is the most effective vehicle, regardless of whether we have a paralyzed social and political system or we have one that operates like clockwork (3).

In Gülen’s vision, education is the institution that can help eliminate ignorance and endow people with knowledge of their environment as well as a sense of purpose in life that will guide them in their relationships with their environment. Education is the vehicle by which a higher sense of identity can be developed to end divisions and frictions over insignificant differences.

Gülen believes the road to justice for all is dependent on the provision of an adequate and appropriate universal education. Only then will there be sufficient understanding and tolerance to secure respect for the rights of others (4).

Finally, education, when properly designed and implemented, has the potential to turn citizens into productive and industrious participants in the economy. Çetin maintains that “rather than dealing with daily politics, Gülen makes the latent and dormant power in the Turkish people visible and forces it to assume a shape in terms of educational, health, and intercultural and interfaith services and institutions” (5).

(2) Çetin, Muhammed. 2005. Mobilization and countermobilization: The Gülen movement in Turkey. Proceedings from Islam in the contemporary world: The Fethullah Gulen movement in thought and practice, Rice University, Houston, Texas. Page 16

(5) Çetin, Muhammed. 2005. Mobilization and countermobilization: The Gülen movement in Turkey. Proceedings from Islam in the contemporary world: The Fethullah Gulen movement in thought and practice, Rice University, Houston, Texas. Page 5

The Educational Philosophy of Gülen in Thought and Practice in “Muslim Citizens of the Globalized World: Contributions of the Gulen Movement.” 2007. Edited by Robert Hunt and Yuksel Aslandogan. The Light Inc and IID Press. Pages 31-33. 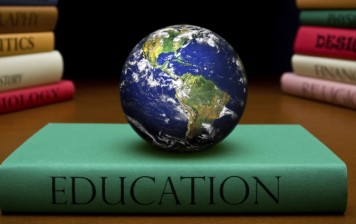 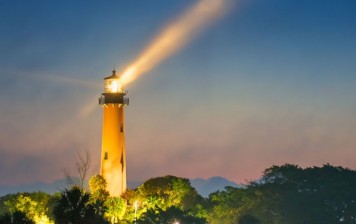