Motivation Driving the Financial Contributions to the Gülen movement

When asked why they give $1 million or more dollars each year to movement projects, the group of businessmen in Istanbul gave the following reasons: to make better human beings as Mr. Gülen encourages; to educate our youth; to please God; to earn a reward in the next life; to be part of a bigger movement to better the world; to provide hope to our people in Turkey and around the world.

When asked why they give $1 million or more dollars each year to movement projects, the group of businessmen in Istanbul gave the following reasons: to make better human beings as Mr. Fethullah Gülen encourages; to educate our youth; to please God; to earn a reward in the next life; to be part of a bigger movement to better the world; to provide hope to our people in Turkey and around the world. Two of the businessmen [interviewed] were among the first members in the movement who had heard Mr. Gülen preaching in the 1970s and were very impressed with his ideas and came together with other local businessmen to see what they could do to carry out his vision. The president of a large textile manufacturing company said he is motivated by Mr. Gülen’s ideas of service.

“We get associated with the movement people and this motivates us to get involved with the projects. What are my favorite projects? What is dear to my heart is that I can see these students who graduate and pick up posts in government and become righteous people in government and other offices. When I see these former students in these positions, I am so glad. I see that my society and government is improving in terms of righteousness and free of corruption.”

A wealthy businessman in Istanbul who is a major contributor relayed a story of the first fund raising meeting to build the very first Gülen-inspired school, an event at which Mr. Gülen gave a motivational speech. He said it was important to help needy students and then gave historical examples from the life of the Prophet and his companions. At that event I saw people writing checks, giving cash and some offering gold rings and bracelets.

“I was deeply impacted by that scene that I saw, giving so immediately and generously. From this first impact, I thought this is something I wanted to be part of. I then saw the successes of the projects and I became part of the movement.”

He went on to elaborate on other examples of giving that influenced him. He saw blue collar workers with families who were making very little every month but dedicating 20% of their income to support, perhaps, half or one-fourth of a scholarship for a needy student. He realized that these people might be taking public transportation but giving to help students. Later he got involved in fund raising meetings and saw what people were doing to raise money for Gülen-inspired projects, some donating keys to their cars, giving their gold watches and women offering their jewelry to support students. A person in Izmir baked pizzas and sold them from a cart to raise money to build a small dorm in a neighboring small town. The more he witnessed these examples of giving, the stronger was his motivation to do his part to support the worthwhile projects. He made a commitment to donate one third of his income to furthering his business, one third to supporting his family and the remaining one third to Gülen projects. An engineer, when asked why he gives 10% of his yearly income to the movement, said,

“There is no reason other than the pleasure of God. The opposite is it is just working for yourself, greed.”

And we in the Gülen movement, he continued, are devoted to the spirit of service to humanity, which Mr. Gülen taught us. The blue collar workers were inspired by the fact that Mr. Gülen seemed authentic and, as one worker said,

Another worker said that he saw fighting and blame on the part of other groups in society but with Gülen he saw love and positive things. He also liked the fact that Mr. Fethullah Gülen did not have a beard like most imams and taught that Turkey and the Islamic countries must embrace modernity, science and globalization. Another worker expressed the fact the he wanted to get educated but did not have the opportunity. He feels he is now doing something to help someone else be educated. In several of the local circles, I heard people express the fact that whatever God has given is meant to be shared and that God wants people to be vehicles for the sharing. As one worker said,

“We have seen others in the past who are altruistic and share with others as God’s vehicle, – so we only feel humble of what we can do.”

There is a Turkish tradition that promotes the separation of the donor from the recipient so that a sense of obligation is not created in the one being helped. Also, the giver is seen as a transfer agent from God rather than as a beneficent provider. A businessman in Bursa who donated land for a school building did not send his own children to the school so that he would not mix personal motivation with doing good works. Another person commented,

“We do not want too many details about what we are supporting such as which students get scholarships because it gets too personal. Rather, we donate to a pool that helps needy students but nobody knows who is supporting which ones.”

However, some of us are in touch with the students receiving help so we know in general how our money is being used. The 48 year old businessman in Istanbul had this to say,

“People in the Gülen movement turn their ideas into projects, they tell how they accomplished their success. People trust them, if they ask for a project, they expect it from the Creator, not from creatures, and that’s why I believe they reach success. If anybody from the movement comes to my city and asks for help, I try my best to help them and I encourage my friends around me to do the same.”

He went on to say that such giving is done in a spirit of serving the Creator by serving his people and that often a result of such giving is that strong ties are developed among the givers. As Cetin maintains,

“Participation in services takes relatively permanent forms of networks. Individuals come and go and replace one another but the projects are always there and continue. Individual needs and collective goals are not mutually exclusive; they are one and the same thing. These two and the action of the Gülen Movement coincide and interweave closely with one another in daily life… The participation in services around a specific goal and the tangibility of the products yield and strengthen solidarity.” (1)

An engineer said that people make an investment in their lives with their money and then get a reward in the afterlife if it is invested well. Students, he feels, make a big investment for their lives and he wants to help them make that investment so that they can live productive lives, earn eternal rewards and help others to make that investment once they are educated. While personal monetary success is not an overt motivation for giving, a number of interviewees at all socio-economic levels commented that often giving to worth-while projects brings material rewards to the giver: businesses make even greater profits and workers see salary increases or job advancements. These successes are seen as God’s blessings on those who give. As one worker said,

“When someone gives they see abundance in their incomes; God gives them abundance.” 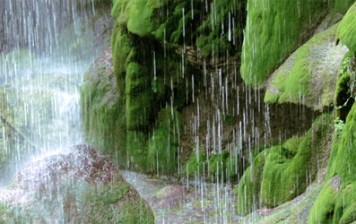 The basic money-raising strategy in the movement consists in the establishment of local circles of businessmen, teachers, principals, professionals, and students who meet together regularly to discuss the…

Dynamics of generating commitment within the Gülen movement

The basic Islamic ideals that motivate members of the Gülen movement to contribute time, energy and financial contributions to Gülen-inspired projects function, simultaneously, to build strong commitment on…

Gülen movement (Hizmet) started as a civil initiative in Turkey in 1970s in order to address local educational and cultural needs. Today, it is considered as a civil…

Turkey’s purge has removed military officers who’d been key figures in the US-led fight against the so-called “Islamic State,” says US intelligence head James Clapper. He called it a setback in US-Turkish cooperation.

University of Florida and the failed coup in Turkey

On July 15 in Istanbul, Turkey, soldiers closed the two bridges across the Bosphorus, the first indication that elements of the army were planning to remove the government of President Recip Tayyip Erdogan. In Ankara, the national capital, other soldiers took control of television stations and shelled the parliament building. President Erdogan had to use […]

The dilemma for the Pakistani government is stark. Turkish prime minister Binali Yildirim has warned that Turkey would be at war with any country that cooperates or aids the Gulen movement. Yet closing down schools that prepare their students for a modern society and economy is something Pakistan’s deeply troubled education sector can ill afford.

Democracy on the rocks in Turkey

Last week’s military coup attempt in Turkey is likely to have a debilitating impact on Turkish democracy. Already, several thousand military officials and bureaucrats have been arrested. Even more perturbing, more than 2,000 judges were removed from their jobs.

The Public Trial of Fethullah Gulen

The Pennsylvania-based cleric is a leading reformer of moderate Islam — either that, or the head of a dangerous terrorist organization. DAVID KENNER The dueling descriptions of Fethullah Gulen often seem to describe two completely different men. To his supporters, the Pennsylvania-based imam is a progressive, tolerant Islamic thinker, who presides over a grassroots organization […]