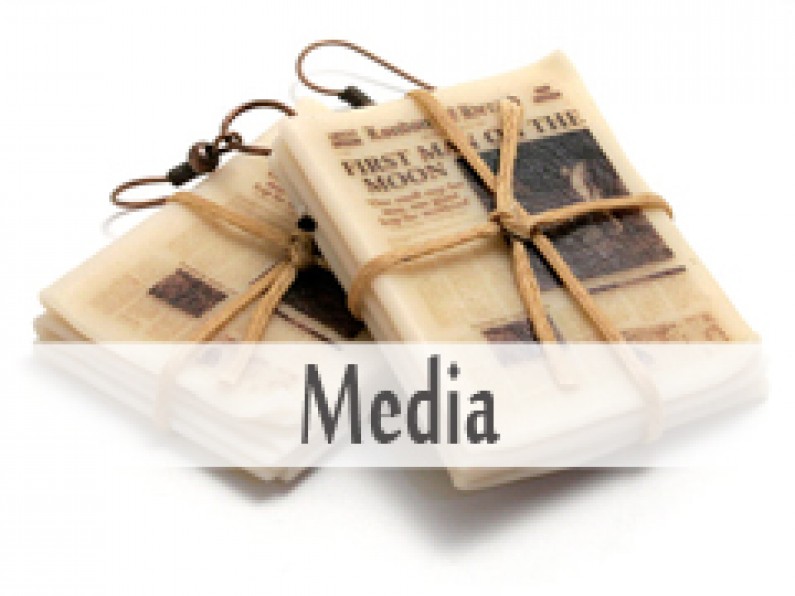 Media is an essential and inevitable tool for the movement to reach out to larger society and increase public awareness about the “common good” such as education and dialogue.

The Gulen movement seeks to build “social capital” through engagement with the full range of human practices, creating civil societies through media projects that promote moral living and robust encounters with beauty, goodness, and truth; “works of love.” Media can be oriented positively to foster social compassion and charity, to critique injustice and violence, to provide voices for otherwise silenced citizens, and to hold up for societies and individuals the highest, rather than the lowest, human aspirations and ethical horizons.

Fethullah Gülen encouraged his followers to go into publishing as a way of spreading the importance of education and service. The liberalization of the political environment and the opportunity for independent and uncensored news media introduced in 1980s provided the context in which private publishing establishments were possible in Turkey.

In 1979 a group of teachers inspired by Mr. Gülen’s ideas of education established the Teachers’ Foundation to support education. This Foundation began to publish its own monthly journal, Sizinti, which became the highest selling monthly journal in Turkey. Its mission was to relate science and religion, to show that the two were not incompatible and that knowledge of both was essential to a successful education. Each issue of the journal carries an editorial written by Mr. Gülen.

Several participants of the movement bought Zaman Newspaper in 1986 to be the voice of the unheard, weak and ignored. Samanyolu TV started to broadcast in 1993, weekly magazine started off in1994 and many radio stations around the country were opened in 1990s.

On the other hand, media is vital to respond to defamation of the movement. As media used to be owned by few families and they tended to be ultra secular and ultra nationalist in Turkey in 1980s and 1990s, alternative media outlets could provide second opinion about not only the movement but issues concerned by less represented.

Among several Gülen-inspired television stations in Turkey, Samanyolu TV is committed to balanced, objective, and socially responsible reporting of news; family-oriented programming; and the promotion of interfaith and intercultural dialogue. The station broadcasts globally by means of satellite.

The mission of Ebru TV, broadcast in the United States, is to continually educate, inspire and entertain viewers of all ages through original first-rate programming in the sciences, sporting events, fine arts, and every aspect of culture.

Zaman newspaper is the largest circulating daily in Turkey. Inspired by Gülen’s ideas, Zaman reports diverse ideological perspectives and opinions in an objective fashion, emphasizes dialogue and tolerance, and has been a rigorous advocate for freedom of speech. It is published in multiple languages and distributed in 35 countries.

The media group in Turkey that is considered to be inspired by Gülen’s ideas includes Aksiyon, the leading weekly magazine, and Cihan News Agency, which is active in more than 50 countries.

Among several Gülen-inspired periodicals, Sizinti, the monthly magazine of popular science and culture, has been published since 1979. With nearly a million subscribers, it is the bestseller of its kind in Turkey. The Fountain, a magazine of scientific and spiritual thought, is published in English-speaking countries.

There are more than twenty publishing houses in Turkey inspired by Gülen’s thought. Publishing in many languages and great numbers, they are considered to have vastly contributed to the fields of education and literature.

The Justice Ministry of Bosnia and Herzegovina has put an end to Turkey’s persistent efforts to have a journalist living exile extradited to Turkey on trumped-up terrorism charges, setting a strong precedent for other Turkish citizens resident in Bosnia who are being harassed and threatened with prosecution in Turkey.

Although a “first” in Turkish political history, Stalin’s and Hitler’s merciless regimes are the most well-known progenitors of starvation policy in modern history. The crackdown on those who try to help purge victims and families of imprisoned people under Erdogan’s regime is reminiscent of these brutal regimes of the past and present.

Ten out of 33 people who were detained in the western Turkish province of Manisa in early July have been arrested for providing aid to the families of alleged Gülen movement followers.

No individual’s pain is to be underestimated. Thousands of families are being forced to leave their homeland by violence, terror, or fear of political prosecution. I would like to particularly talk about people of Turkey, who has been forced to leave their country since the Turkish Government ordered a massive witch hunt on members of the Hizmet (Gulen) movement after the July 15, 2016 coup attempt.

Huseyin Sahnaz is seriously worried about his wife and infant child. After all, prisons are not exactly family-friendly institutions. Both have to share a cell with 30 other inmates. And temperatures during this time of year tend to reach 30 degrees Celsius (around 90 Fahrenheit) or higher.

An Interview with Fethullah Gülen

What caused Erdogan’s to turn against me? Two factors stand out. …. Secondly, there is the issue of Hizmet schools. We operate hundreds of them in Turkey and in some 170 countries around the world, more than 1.400 schools. Erdogan wanted to control our network as a tool to further his aim of dominating the entire Islamic world, as caliph.

Today on World Refugee Day, I join the global community in showing support for millions of refugees around the world who were displaced due to conflict and persecution and who are going through an extremely difficult journey as a result.

Are Turkey’s torture chambers back?

In the wake of the 2016 coup attempt, torture and abusive and degrading treatment are again becoming the norm in Turkish prisons, rather than the exception, Turkish news site Diken said on Tuesday.

Reach of Turkey’s Erdoğan spreading like fungus across U.S. – analysis

Sponsored by the Peace Islands Institute, approximately 75 people gathered at the Montville United Methodist Church in Towaco May 10 for an interfaith Iftar dinner.