Is the Gülen Movement a continuation of any other previous movement?

Those who are within the Gülen Movement do not consider themselves the continuation or the extension of any other movement. At a certain time and under the perfect circumstances in Turkish History, the teachings of Gülen coincided with what a broad sector of Turkish society was searching for in their hearts. This is what allowed for the birth of such a movement.

The movement, in the words of Gülen himself, has produced a link between tradition and modernity. It has produced its own traditions, improved on the commonly held concept of Turkish society and moral life, and marked its own positions from which to view the world. Additionally, it has developed its own organizational model, and has shouldered a universal mission to disseminate its views throughout Turkey and the rest of the world.

Never before has such a social movement, which is able to spread the same message abroad that it teaches within its borders, arisen in Turkey. “There has been no heritage offered to us of this level, be it ideological, political, socio-cultural, or Islamic.”

1. The values that Gülen represents and the interpretations are in harmony with the time in which he delivers them to a society that is searching for the exact message of solidarity and spirituality that he is delivering.

2. Gülen stands out as a strong and trusted leader. He, unlike others who quickly disappoint after the most brief encounter, does not contradict what he preaches with what he does; he is not after any material or political interest; he does not demand any position; his actions alone convince others of his integrity. He engenders loyalty among his followers, and he serves as both a civic leader and spiritual guide.

The movement is distinguished from the other Islamic movements. There are religious movements today involving many political and sociological researches in the East and the West, but they were born as a continuation of experiences in the past. They claim that they are the inheritors of a past socio-political movement. The fact that these movements anchor their future in the past throws them into an unrealistic thought-space: The tomorrow that they offer is a yesterday that they cannot bring back. Thus, they are attempting to construct an artificial “today.” This often leads to fanaticism or violence, at times as far as justifying suicide bombings of innocents.

On the other hand, the Gülen Movement appears to have succeeded, in part, by correctly reading the change necessary in Turkey. The members of the movement are those who found meaning in the teachings of Gülen at a juncture when a traditional society was transforming itself into a modern one. Gülen encourages people to embrace the change and not to limit themselves to small worlds, but to become part of the larger one. They, in turn, have come to see the whole world, not only their own country, as the terrain of their mental and spiritual land. The fact that they go to every corner of the world as students, teachers, technicians, and businessmen is an indication that they have been united with this teaching and became citizens of the globe.

Above all else, Gülen is a religious leader and his followers are religious people. It is immensely satisfying to them that they have been carrying out the requirements of their religion through the inspiration that they draw from Gülen. They see their success as an indication that God is pleased with their work. While some certain men of religion interpret their religious texts and principles in a way, which constrains abilities of the believers and limits their freedoms, Gülen interprets the same texts in a way that advocates individual initiative, self-improvement, and entrepreneurship. This provides the movement with a great dynamism and influence.

Another common characteristic of the followers of Gülen is that the majority has great upward mobility. They are among the modernizing population and they are seeking a foothold in this new space. For this reason, the Gülen Movement does not harbor any animosity towards other groups, which may be slipping from their current position.

If there is any oppositional stance within the group, it is against those who do not sufficiently understand the movement, or against the practices that perpetuate moral degeneration. However, even in these instances, they prefer to express these disagreements with a cultural nomenclature (enlightenment and communication of the message}, rather than with a political terminology.

The movement places great emphasis on both education and knowledge of world affairs in order to achieve this upward mobility. This motivates them to learn different languages and to live and work all around the globe. This sort of effort is a cure for both fundamentalism and obscurantism. This desire for cooperation and communication is further emphasized by the efforts for intercultural and interreligious dialog in the areas where they operate.

The movement takes extra care to share the common language of peace that it has developed with other religious and cultural groups. Followers view themselves as belonging to a social movement, a nation, a religion, and the great family of humanity. To neglect any one of these would make them lesser individuals. Because of this way of thinking, they do not see themselves as an isolated group. They have one foot in the circle of the nation and religion and the other in every corner of the world.

When the members of the Gülen Movement describe where they stand, it becomes easier to understand why they have no quarrel with the universal values of the West, as they have none with the values of their own country. This keeps them at a place away from political disputes and polarization. They simply do not have any time to worry about petty political matters. They are too busy working, teaching, talking, and learning under many different administrations within all sorts of cultures, all around the world.

Their concern is not with the behavior of political systems, but with people. How do they define this ideal that they are striving for? Is it simply religious, obedient, and otherworldly? After all, this is the classical definition of what it means to be a pious person. This is not the sole type of person that the members of the movement aspire to become. Through the inspiration and exhortation of Gülen, they seek to think, learn, work, produce and transcend themselves in order to be of the world and make sure to share with the needy the value produced in the process. Their lower limit is their families and the relatively modest situation from which they came, but they have no upper limit.

It can be observed that these views give the movement a great flexibility and compatibility. As followers become successful, their trust in Gülen’s leadership and their loyalty increases. They no longer wait on the concrete directives of Gülen to act. Instead, they consult among themselves with the direction or inspiration they get from him. They make decisions on their own and move forward. Because the sense of solidarity and sacrifice among the members is so strong, the time between making the decision and executing it is minimal.

The Gülen Movement has been labeled “right wing” and has been criticized by the “radical right-wing.” When asked about the reason for this criticism on both sides, the members of the movement emphasize that they are impartial: They are on neither side of the social and political polarization; they are not a party to any fight. They express themselves in the cultural field. What they desire is a society where differences are reconciled, ethical values are observed and good quality people lead. With their modest means and through solidarity with each other, they are trying to contribute to the production of people of ethical and sympathetic excellence. Many religious circles do not understand this social aspiration, and often criticize them as not being religious enough, as if being religious consists only of worship. All the principles, values, and advices are for the happiness of human beings, in this world and the next. Without the believer there can be no belief and the faith of the ignorant would not be in accordance with the will of God. For this reason they have no relations with any religious or political movement or organization.

He returned to Turkey to teach first at the Middle East Technical University and later at the Ankara University. He became a full professor and the chairperson of the Department of Political Behavior at the Faculty of Political Science of the latter University.

Dr. Ergil wrote twenty-two books, many of which in Turkish. He has contributed many book chapters and articles in many countries and prestigious international journals.

He has been awarded with British Council Fellowship that enabled him to be a visiting Professor at the London School of Economics, the Fulbright Fellowship that gave him the chance of being a visiting scholar at the School of Advanced International Studies (Washington DC). Additionally he was awarded with research fellowships by the Winston Foundation for World Peace and later twice (1999-2000 and 2005-2006) by the National Endowment for Democracy (Reagan-Fascell Democracy Fellowship). The New School for Social Research University in New York has also honored him with the renowned “University in Exile” democracy and human rights award in 2000. 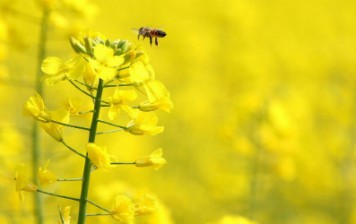 Evolution of the Gülen Movement

What is the historical context in which the Gulen movement emerged?

Helen Rose Ebaugh The Gulen Movement emerged in late 1960s’ Turkey which had been struggling with social, economic and political problems that any nation state would face within… 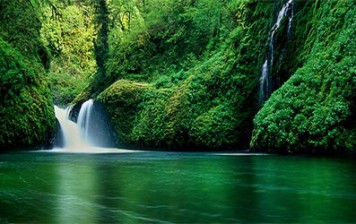 What Made the Gülen Movement Possible?

Mustafa Akyol In today’s Turkey Gülen movement represents an Islam, which is liberal and tolerant, which is in favor of the country’s EU bid and democratizing reforms. And…

February 25 panel before about 50 listeners. Like him, “Welcoming the Stranger: Refugees and Immigrants in Our Midst,” a presentation of the controversial Islamic Gülen movement’s Rumi Forum, was uniformly uncritical towards current Middle Eastern refugee issues.

Renewing Islam by Service: A Christian View of Fethullah Gulen with Pim Valkenberg

Join us for a talk by Dr. Pim Valkenberg on his recent book “Renewing Islam by Service: A Christian View of Fethullah Gulen and the Hizmet Movement”. The talk will be moderated by Dr. Paul Heck.

The cruelty of terrorism that we have witnessed numerous times before showed its ugly face again in Istanbul on January 12th. I strongly condemn this brutal terrorist attack that targeted tourists visiting Turkey.

Gülen movement can serve as bridge between Islamic and secular nations, intellectuals agree

Amid ongoing efforts by the Turkish government to close down schools opened by Turkish entrepreneurs linked to the faith-based Gülen movement, also known as the Hizmet movement, intellectuals and academics across Europe at a symposium in Germany agreed that thanks to its worldwide educational activities, the movement can serve as a bridge in promoting interreligious and interethnic dialogue between Islamic countries and secular ones.

President Recep Tayyip Erdoğan’s televised remarks on Wednesday night suggesting that the witch hunt against members of Gülen movement will show no sign of abating under the new government has drawn condemnation from opposition political parties.