How does Fethullah Gülen perceive those who find Islam and violence compatible?

Fethullah Gülen: In my lifetime, I have never deliberately and knowingly stepped on even an ant. I did not see or speak to a friend of mine for months, for breaking the backbone of a snake. I have believed in the rights of every living being, that all of them have a place in the ecosystem. I have stated that we have no right or authority to harm a living being. It is a fact that the most honorable and most sacred of all creatures is the human being.

How does Islamic scholar Fethullah Gülen perceive those who find Islam and violence compatible, and what is his argument against interpretations that advocate violence?

Gülen refers to violence as a disease, observed in every corner of the world, in every country:

No matter who commits murder, it is a murder. And every kind of murder is accursed. No matter the crime, individuals cannot apply punishments, only the state can. The governments have courts at their disposal; punishment is their duty. Therefore, no believer can condone any murder. A believer can never rationalize any murder. Perhaps the victim said things against Islam, perhaps at one time, he even attacked someone or did some mischief; this does not legitimize the murder. Individuals can be silenced through the system of the law. Therefore, it is unthinkable for a Muslim to support murder in his heart, let alone commit murder himself. No one has the right to say, “So-and-so was an enemy of religion, of faith, of Islam, of the Qur’an; it is good that he was killed, for he deserved it anyway.” This is antithetical to the creed and conduct of a believer. (1)

Gülen believes it is necessary to protect all living creatures, not only human beings:

In my lifetime, I have never deliberately and knowingly stepped on even an ant. I did not see or speak to a friend of mine for months, for breaking the backbone of a snake. I have believed in the rights of every living being, that all of them have a place in the ecosystem. I have stated that we have no right or authority to harm a living being. It is a fact that the most honorable and most sacred of all creatures is the human being. I have repeatedly stated that those who murder under these pretexts or intentions cannot enter Paradise, and cannot be considered Muslims. This is not my personal opinion. It is the voice, expression, and breath of the ethos of Islam; this belief is part of our nature.

All acts of terror, no matter whence or from whom they come, are the gravest blow to peace and tranquility. No matter for what cause and to what ends they are directed, no act of terror can be condoned. The struggle for salvation cannot take the form of terror. (2)

Under various pretexts, and distortion of religious texts, some murderers attempt to justify their criminal acts. But, as Gülen points out, this is antithetical to the core of Islam and the values that Muslims internalize. Before everyone else, Muslims must oppose the violence that others attribute to Islam:

Muslims must stand up and say there is no terror in Islam. The Qur’an equates the murder of one person to disbelief. Even during war, a Muslim cannot touch innocent people. No one can give a fatwa [religious verdict] that legitimizes harming innocent people. Islam has not condoned war; it has tied it to defense as a last resort. In addition, within the framework of the principle elucidated in the verse, “… mischief (fitna) is worse than killing” [Al-Baqarah 2:191] in order to stop disorder, oppression, and mischief, the Qur’an has permitted war reluctantly. Nevertheless, for the first time in the history of mankind, Islam brought many limitations to war, and set forth its legal provisos 14 centuries ago. Muslim scholars wrote entire works on this theme. Even at the heated moment of the war, do not take the fear of God out of your hearts; do not forget that without the divine guidance and assistance of God, you could accomplish nothing; always remember that Islam is the religion of peace and love.

The courage, heroism and taqwa of the Messenger of God should always be a model for you. “Do not step over the orchards and fields ready to be harvested; be respectful toward the monks and recluses inhabiting the temples, and those who dedicated themselves to God, and do not injure them; do not kill civilians, do not treat women improperly, and do not wound the feelings of the defeated; do not accept gifts from native inhabitants; do not try to shelter your soldiers in the houses of the inhabitants; do not ever miss your five daily prayers. Fear God! And do not forget that death can find you at any time. Therefore, always be ready to face death.” (3)

Commandments such as these are in the historical record as advice to heads of states, reminding commanders to remember God when they were sent to war zones.

Why then is there this loud call for jihad, and what does “jihad” in Islam really mean? Many people are disturbed when they hear the word jihad, worried that they might be swept up in a wave of imminent violence. According to Gülen, numerous Islamic concepts, including jihad, have been misunderstood, due to a disconnect with their traditional, historical meanings, and due to their willful misrepresentation by some misguided Muslims and others who have a vested interest in Islam being misunderstood. About jihad, he says:

Jihad, a noun in Arabic, is derived from the root jahd or juhd, and means using all one’s strength within human power. Therefore, jihad means making an effort and resisting every difficulty. Jihad means the job of attaining one’s true essence. The greater jihad [internal struggle] is the effort to attain one’s essence by using all one’s strength and power and resisting all obstacles; the lesser jihad [external struggle] is the process of enabling someone else to attain his or her essence. (4)

In the words of the Messenger of God, the greater jihad is a struggle against the carnal soul [nafs], the purification of one’s humanity, to reach purity, to acquire merit in the sight of God, to purify the mind from false assumptions, wrong thoughts and superstitious beliefs, with acts such as worship, repentance [seeking forgiveness], austerity [less food, less drink, less sleep], purification of the heart, learning the Qur’an and its wisdom with a purified heart and mind, and the act of acquiring other forms of knowledge.

The lesser jihad is not restricted to battlefields, for this would narrow its traditional semantic horizon considerably. The spectrum of jihad is vast. Sometimes it is a word or silence, a frown or a smile, leaving or entering an assembly, in short, everything done for God’s sake, including regulating love and anger according to His approval, are all encompassed by this concept. In every aspect of life, in every segment of society, in every effort maintained in order to improve [life and society] are included in the meaning of jihad. In a sense, the lesser jihad is material while the greater jihad is spiritual.

When both kinds of jihad are carried out successfully, the desired balance is established. If one is missing, the balance is destroyed. The lesser jihad is our active fulfillment of Islam’s commands and duties and the performance of what is expected. The greater jihad is the fulfillment of these commandments with sincerity and conscientiousness; it is proclaiming a total war on our own ego’s destructive, negative emotions and thoughts, a very difficult and complicated task. (5) 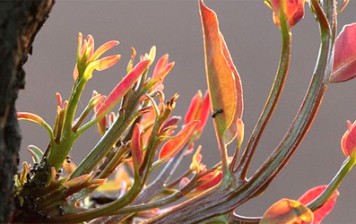 There is no doubt that the Islamic world lacks intellectuals who are aware and knowledgeable about their own existence and able to interpret and understand the creation correctly.…

It is narrated in a parable that Satan once asked God Almighty, “You forgive so many people, should my punishment and suffering not be over?” God Almighty reminded…

Fethullah Gülen’s strategy: realization of potential in a non-reactive way

Numerous similar statements by Gülen demonstrate that Gülen invites everyone to do good works for the future generations, who will ultimately shape the world according to their ability…

Book Review: A Hizmet Approach to Rooting out Violent Extremism

The violent extremist ideology cannot be rooted out until an effective, coherent, comprehensive and well-reasoned counter-narrative is evolved. For that, all the theological, religious, political, historical, instrumental and socio-psychological underpinnings of the global jihadism have to be counter-argued and dismantled.

Persecution of the Gülen Movement in Turkey

The Gülen (a.k.a Hizmet) movement, a faith-based community, has been subject to political persecution for more than two years by the Turkish government since they stood up against corruption and injustice under the rule of President Recep Tayyip Erdogan. Erdogan has publicly called for a “witch hunt,” and arrests, threats, and harassments have now become a routine for participants and sympathizers of the movement.

Quotations from Jewish, Muslim, and Christian scriptures mixed easily with personal reflections as a Conservative rabbi, a Muslim imam, and a Lutheran minister joined together April 14 at Drew University in Madison for a lunchtime discussion on “Religion as a Source of Peace.”

To embrace the spirit of acceptance and tolerance

The world has judged the two attacks in Paris and Brussels, which claimed a number of lives and damaged property, as associated with Islamic-inspired terrorism. The attacks also delivered the psychological message that acts of terror and hatred can occur even in the most prosperous and highly secured countries that respect diversity and human rights. […]

The Journalists and Writers Foundation (GYV) has responded to a series of controversial claims and slanderous accusations that aim to associate the faith-based Gülen movement, also known as Hizmet movement, with the terrorist Kurdistan Workers’ Party (PKK), stressing once again that Hizmet rejects all kinds of violence.