Money behind the movement is provided by millions of people the world over who are committed to the ideas and ideals promoted by Gülen. The basic money-raising strategy in the movement consists in the establishment of local circles of businessmen, teachers, principals, professionals, and students who meet together regularly to discuss the works of Gülen and consider how his ideals can be applied in their local communities. In the course of initiating and building Gülen-inspired projects, the group evolves into a tightly-knit community where individuals find meaning and support. The goals of the group become fused with one’s own sense of purpose and meaning in life. Group goals nourish one’s own sense of self and the group becomes an extension of oneself, thus inextricably linking person and group, thus meeting the first of Kanter’s basic challenges for group survival and success.

The affective bonds that evolve in the group in the course of working together on meaningful projects fulfills Kanter’s second organizational challenge. The fact that many local circles are based on individuals who share occupational or business interests further adds to the solidarity created in the group. The more closely an individual is integrated into a group, the greater will be the degree of his/her participation. Participation is an expression of belonging to a certain social group and receiving individual rewards for being part of the larger collective. Also, the more intense the collective participation in a network of relations, the more rapid and durable will be the mobilization of a movement. The Gülen Movement facilitates and thus increases an individual’s willingness to get involved in service projects through his/her relationship with other like-minded, similarly intentioned people.

The third challenge, the experience of a moral, transcendent authority in the group is provided by the continuous discussions of Gülen’s teachings as well as sharing readings from the Qur’an and the hadiths of the Prophet. Thus, the goals and motivations behind the service projects are more than just helping other people. Rather, they are rooted in the notion that they are part of Allah’s continuous creation and caring for his people.

The five basic Islamic ideals (i.e. hizmet, himmet, sohbet, istisare and mutevelli) that motivate members of the Gülen movement to contribute time, energy and financial contributions to Gülen-inspired projects function, simultaneously, to build strong commitment on the part of individuals to the movement. A major strength of the local circles is the constant discussions of these concepts based on the Qur’an and the works of Gülen. The circles, therefore, provide the spiritual motivation for giving and remain far more than simply money raising venues. Whether consciously or not, the structure that has evolved within the Gülen movement is rooted in sound organizational principles and is reflected in the growth of the movement worldwide.

Scholars foresee an impact of the Gülen Movement not only within Turkish society but also on a global level. As a matter of fact, he states that changes are already happening in Turkish society in regard to certain issues in the direction of what Gülen has been advocating. The Gülen Movement sets an example in the Muslim World not only with its activities but also how it generates financial support for these activities. Usage of the five basic Islamic ideals (i.e. hizmet, himmet, sohbet, istisare and mutevelli), and examples from the lives of the companions of the Prophet, strengthens the Gülen Movement’s position and impact within the Muslim World. Even though the movement started in Turkey within the Turkish population, in a short time it has grown in other parts of the world within non-Turkish populations, not only with educational projects but also in terms of interfaith dialogue activities.

Note: This text is taken from the article “Funding Gülen-Inspired Good Works: Demonstrating and Generating Commitment to the Movement” by Helen Rose Ebaugh & Dogan Koc. PDF version of this article can be found at http://gulenconference.org.uk/userfiles/file/Proceedings/Prcd%20-%20Ebaugh%20and%20Koc.pdf

Gülen movement (Hizmet) started as a civil initiative in Turkey in 1970s in order to address local educational and cultural needs. Today, it is considered as a civil… 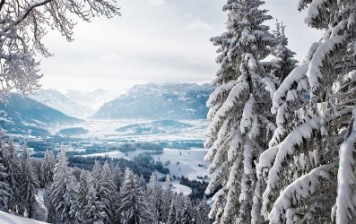 Probably the lack of transparency theme is the one that might seem to garner most traction. However, given that prosecutors have twice attempted to shut down all Gülen-related…

Is the Gulen Movement a Cult?

But in the end, this is not just politics. We are talking about a critical issue: what kind of movements will represent Islam’s future? ISIS? Al Qaeda? The…

Little Girl Cries Out For Help For Jailed Mom, Missing Dad In Turkey

An 11-year old Turkish girl has pleaded for the release of her mom who was jailed in Turkey as a hostage on false charges as part of Turkish government escalating witch hunt persecution targeting critics and opponents.

Hüseyin Adalan, a journalist working for a number of pro-government media outlets, has said it is a religious obligation to kill all followers of the Gülen movement and even their babies.

A number of TV and radio stations that were closed down by the government in the aftermath of a failed coup attempt on July 15 due to their links to the faith-based Gülen movement have been sold to the pro-government Turkuvaz Media Group without a tender.

“I heard all kinds of curse and swearing against my family during the interrogation. They threatened me with raping my family members. I saw one man who had a black eye on his eyes. I witnessed another man as having difficulty in walking because police shoved a baton into his anus. So many victims have marks in their bodies from abuse and torture.”

The 12-year-old T.K. has claimed asylum with the United Nations (UN) office in Saudi Arabia alone after his/her father was detained by Saudi officials as part of what many say President Recep Tayyip Erdogan’s ever-growing witch-hunt against the Gulen movement that has spread to overseas in the recent past.

Eleven Turkish nationals who were reportedly detained in Saudi Arabia on March 15 have been kept in a hotel in Madinah for weeks, waiting to be deported to Turkey, according to a letter sent to Turkeypurge.com.

Will Malaysian Prime Minister Najib Allow Kidnappings In His Country?

The recent politically motivated kidnapping incidents backed by the Turkish authorities which targeted the followers of Gulen movement in Malaysia raise serious questions about the standards of the rule of law, civil liberties, the individual rights and quality of the political system of Malaysia.

Top judge, paralysed after cancer surgery, under arrest at hospital

A Supreme Court of Appeals member until he was dismissed, Mustafa Erdogan has been kept in a holding cell at a private hospital since Dec. 30, 2016. His daughter Buket Erdogan said the top judge was denied right to “trial without arrest” although he was paralysed after a surgery on his brain.

Fethullah Gulen on attempts to associate Hizmet with terrorism and ISIS

Fethullah Gulen: As I have stated earlier, I have long called ISIS, al-Qaeda, Boko Haram, Murabitun, and many other organizations terrorist, maybe fifty times. And I have said a Muslim cannot be a terrorist; a Muslim can never engage in terrorism.