Without a sound knowledge of Turkish political history, it is very difficult to understand why Fethullah Gülen and the Hizmet movement have been very sensitive about governmental, constitutional and legal issues despite being primarily an educational and dialogue movement that endeavors to stay away from daily politics.

Without a sound knowledge of Turkish political history, it is very difficult to understand why Fethullah Gülen and the Hizmet movement have been very sensitive about governmental, constitutional and legal issues despite being primarily an educational and dialogue movement that endeavors to stay away from daily politics.

The answers to questions such as, “What does the Hizmet movement want from the state?” “Why has Gülen been determinedly encouraging his sympathizers to accept state jobs?” and “Why are there several media outlets owned by Hizmet-inspired people?” cannot be answered convincingly without referring to modern Turkish political history.

After Team B of the Committee of Union and Progress (CUP) led the War of Independence from 1919-1922, they decided to follow most of Team A’s policies with a more revolutionary zeal. Most of the CUP politicians were Turkish nationalist, social Darwinist, anti-religious laicist, etatist and Jacobin people who did not trust the people. They decided to create a homogenous secular Turkish nation in Anatolia, since they blamed both Islam and the ethnically-religiously diverse population of the Ottoman Empire for its fall. We all know what happened to Armenians, Greeks and Kurds during and after World War I, but very few people paid attention to what happened to practicing Muslim people, who have always been the majority in this country.

The Kemalist oligarchic elite has always perceived urbanite, educated, organized, practicing Muslims as an existential threat. Religion has always been a security issue in the Republican era. Until it was abolished in 1991 by former Prime Minister Turgut Özal, the notorious 163th article of the Turkish Penal Code (TCK) was used by the state to unjustly imprison many thousands of practicing Muslims who were simply reading spiritual books that had nothing to do with politics. The media, which was strictly controlled by the state, portrayed them as traitors, spies, terrorists and so on. There were not human rights and civil society organizations to defend their basic and fundamental rights. Only a very few, select people who were approved by the Kemalists could become police officers, prosecutors, soldiers and judges. And almost all of these bureaucrats always served the unjust aims of the Kemalist oligarchy.

In response to all this, Gülen has placed much emphasis on education. With a new ijtihad (independent reasoning), he always stated that instead of building a mosque, religious businessmen must establish secular schools that will educate the future’s engineers, doctors, lawyers, journalists and yes, police, prosecutors and judges. As the most recent Journalists and Writers Foundation (GYV) statement repeated, Gülen and the Hizmet movement have consistently “expressed a demand for EU reforms, the establishment of a fully democratic Turkey, the establishment of the rule of law, the most advanced fundamental rights and freedoms, equality of all before the law, a civilian constitution and a transparent state that can be held accountable; in addition, they have extended efforts to make ensure that these goals are achieved.” 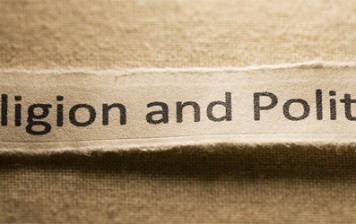 Can religion and politics have common goals, work together and overlap in Gulen’s opinion?

In Gulen’s approach to Islam, there is no place for a political orga­nization. He is strongly against using services (Hizmet) as a means to gain worldly or political…

Political Implications of the Hizmet-Gülen Movement

Even though Hizmet views itself as a proponent of civil society, its work certainly has political ramifications. It is a faith-based movement, although scrupulous in presenting itself as…

Does Gülen movement ever consider forming a political party?

The claim “the Gülen Movement (Hizmet) is working to establish a political party” has been voiced by different individuals and circles time and again. The Movement is determined…

Turkish government anger with the Gulen movement, over its alleged involvement in the failed July 15 coup, has spread to Africa. Governments are being pressured into closing down Gulen schools. Children are romping around the school grounds apparently without a care in the world. A few of them are standing together and reciting in unison […]

Fethullah Gulen — His Vision, Our Response

A Muslim religious leader, Fehullah Gulen, is daily in the news, as Turkish president Erdogan accuses him of plotting the recent coup, calling him a terrorist. We are so used to Muslim clerics being or being considered terrorists that we give the matter little thought.

Inside the rural Pa. compound where an influential Muslim cleric lives in exile

It was July 15. And what was happening, they soon learned, was a military coup. Gulen, who suffers from diabetes and heart disease, was distraught, Simsek said. Realizing “we couldn’t really do anything,” Simsek said, the group began to pray, loudly and together. Several wept. They didn’t stop praying until early the next morning.

In Kenya, where Gulen’s Omeriye Foundation has grown from its first school in 1998 in the vast Nairobi slum of Kibera to a nationwide network of academies, the government has resisted pressure to close them down. Turkish officials have requested Kenya to shut down the Gulenist schools on a number of occasions before the attempted coup.

Turkish expats in Singapore concerned over state of emergency back home

Dr Nawab says: “What is more accurate is to describe it as a community of people who, perhaps, subscribe to the ideas of Fethullah Gulen. “They put in a lot of effort to integrate within Singapore society. Many of them are married to Singaporeans and are naturalised citizens. I am talking about Turks who would take you to durian parties.”