Who is Fethullah Gulen. This video tells about him in just 2 minutes. 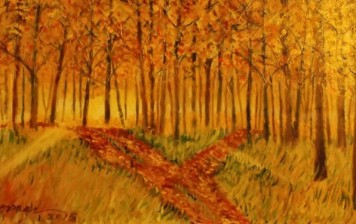 Fethullah Gulen: I consider the coup attempt as a serious “terror coup”

The events of that night [the coup attempt] could be called as a serious terror coup. I categorically reject such accusations. The claim that I convinced the 8th…

The challenge today, as Gülen sees it, is to find a way in which these traditional pedagogical systems can overcome the tendency to regard each other as rivals…

Somalia has been one of the centers to the world’s worst humanitarian crisis. The East African country has been crumbled for long years by many inextricable catastrophes including famine, drought, militancy and instability.

When Behlul Basaran arrived Nigeria in 2000 from Turkey, he was armed with a single piece of luggage, an enthusiastic spirit and hope. Inside his luggage was his letter of scholarship for a university education from the Hizmet Movement, which had started building a relationship and foundation for quality education with Nigeria.

Dr. Ismail Sezgin of the Centre for Hizmet Studies in the UK highlights the 13 criteria, based on Turkish PM Binali Yildirim’s statement, to identify Gulen supporters, who the regime considers terrorists. The arrests and purge in Turkey are made according to these criteria. Dr. Sezgin explains that these are nothing to with coup-plotting or terrorism. With these criteria the government of Turkey can anyone and this is what has been happening in Turkey.

The man, who ran a nonprofit that provided humanitarian aid, doesn’t want to be identified because he fears for the safety of the wife and two children he was forced to leave in Turkey. They are hidden in a different city, he said, not far from his hometown. They’ve thrown away their cellphones and erased their social media accounts for fear of being tracked down by a government that no longer welcomes them.

United States (US) Spokesman Mark Toner has said that the first batch of documents sent by the Turkish government did not constitute a formal extradition request for US-based Islamic scholar Fethullah Gülen.

Okumus said he has lots of questions about the origin of the coup, and is suspicious about Erdogan’s motives to blame Gulen. He said the coup has created a kind of with-us-or-against-us mentality in Turkey, one that will ultimately hurt the country and its relations with the United States. Turkish officials have already fired tens of thousands of teachers, university deans and others they say have ties to the failed coup plot.

In Kenya, where Gulen’s Omeriye Foundation has grown from its first school in 1998 in the vast Nairobi slum of Kibera to a nationwide network of academies, the government has resisted pressure to close them down. Turkish officials have requested Kenya to shut down the Gulenist schools on a number of occasions before the attempted coup.

Turkish schools issue [in Pakistan] still to be resolved

The official demand has now apparently been watered down to transfer ownership/administration of these educational institutions to the official Maarif Foundation tasked by the Turkish government to encourage foreign governments to seize other Turkish educational foundations operating in those countries, possibly targeting enterprises run by individuals close to US-based Islamic scholar Fethullah Gulen.

A top U.S. military commander said there was a persistent concern that the failed coup in Turkey – and the backlash by the Turkish government – would impair the Pentagon’s operations in the region.