Differences Should Not Lead to Separation

Dr. Saribay: Fethullah Gulen clearly shows that Islam can have different interpretations. In the coming days, there is going to be a settling of accounts between populist and radical Islam. I believe that the first group’s victory will enable democracy to develop more evenly.

Cerrahoglu: Is the Refah Party (RP) using politics as a tool?

Dr. Saribay: In a sense, yes. Politics in Turkey is based on protective relationships. It is not only religion that is misused, but also Ataturk and the very concept of democracy. As a result, even if it’s not their intention, the RP is exploiting religion.

In my opinion, the RP is close to both modernism and post-modernism. Even if it’s a common example, Erbakan’s wedding was striking. Does Islamic tradition feature a wedding held at a five-star hotel, an Islamic-but-modern bridal dress, and the exchange of Rolex watches? This is congruent with becoming modern and natural. There’s nothing to reproach here.

Looking from the perspective of post-modernism, in a culture that gives priority to image, Muslims are not above of this. Islamic headscarf (hijab) fashion, what they themselves call becoming “Vakko”ish, is a typical example. Another indication of the RP’s post-modernism is that everything can turn easily into something else. A model displaying transparent clothing suddenly starts wearing hijab. Her writing a book on Islam three days later is accepted quite naturally.

Cerrahoglu: Is the division between the RP and Fethullah Gulen’s movement apparent or real?

Dr. Saribay: In my opinion, there are serious differences. The RP is a political organization; Fethullah Gulen’s movement is a civil organization. Gulen wants Islamic values to become generally accepted, not to politicize them. If the movement wanted to use Islam for political purposes, it could swallow the RP.

By developing an interpretation of Islam that is compatible with human rights and democracy, the Fethullah Gulen movement contributes to the stabilization of democracy in Turkey. Turkey has not reached this point yet. Thus, if we are going to develop democracy, where is Islam’s place? Islam has represented itself in both the cultural and political arenas and it should. But a concept of living side by side has been developed in democracy and for democracy over the last 10 years. We’re living side by side, but we’re not living together. Living together means seeing others’ existence as legitimate as my own.

Dr. Saribay: Fethullah Hodja stresses that religion, not nationalism, is unifying. According to this approach, if we have a glorious past, this is mainly due to religion. Secular nationalism, based on an ethnic foundation, is divisive. Religious nationalism can play a unifying role, especially in a religiously homogeneous society. However, religion can’t be unifying if it is absolutist. As far as I can see, Fethullah Hodja is bringing an interpretation that is not absolutist. This provides conditions for living together.

This is part of an interview with Prof. Dr. Ali Yasar Saribay by Nilgun Cerrahoglu of Milliyet newspaper on October 8, 1995. English translation is retrieved from fgulen.com. 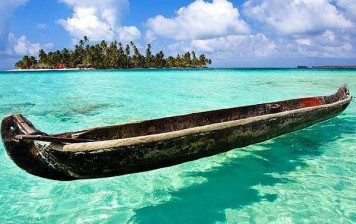 The transparency of the Hizmet or Gülen Movement has long been a theme of various critics – writers, intellectuals and politicians. In the context of Turkey where secularism… 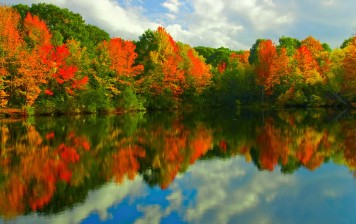 Published by Gulen Chair at Leuven University in Belgium, this new book is a selection of some of Fethullah Gülen’s essays on violence, just war, terrorism and Muslims’… 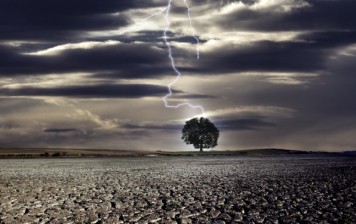 Why Is Turkey Targeting Hizmet? Questions about Erdoğan’s Post-Coup Crackdown

But if Hizmet was not involved, then who? The Turkish press has called out all the usual suspects: the United States, Israel, the Vatican, Kurdish nationalists, ISIS. Some…

Fethullah Gulen issued a message of condolences and condemnation of the terrorist attack in an Istanbul nightclub on New Year’s Eve. Gulen said, “I pray that God grant mercy and forgiveness to those who lost their lives during a time normally reserved for celebration, hope and renewal.”

A Turkish daily claimed on Friday that the Gülen movement had converted 500,000 people to Christianity in Kazakhstan through its schools around the country.

Pro-Erdoğan journalist: Gülen followers should be kept in detention camps, given food tickets

Cemil Barlas, a staunch supporter of Tayyip Erdoğan and commentator for the pro-government A Haber TV, said during a program that followers of the Gülen movement, which the government accuses of being behind a failed coup on July 15, must be kept in detention camps and should be given food tickets.

Turkish cleric Nurettin Yıldız demanded a fatwa from Turkey’s Religious Affairs Directorate suggesting that supporters of Turkish Islamic scholar Fethullah Gülen, who is accused by the Turkish government and Erdoğan of masterminding a failed coup in July, be executed, their opposing hands and feet be amputated or be exiled instead of keeping them in prisons.

The on-camera murder of Russian ambassador Andrey Karlov by 22-year-old Turkish police officer Mevlut Mert Altintas raised some disturbing questions about corruption and security in Turkey. In an interview with Hurriyet Daily News, Altintas’s step-sister Seher made those questions even more disturbing by claiming her brother was radicalized in police school.

While the Turkish government insists on claiming that Mert Altıntaş, the police officer who assassinated the Russian ambassador to Ankara, is linked to the Gülen movement, it has been discovered that the gunman attended the sermons of Nurettin Yıldız, a staunch supporter of President Recep Tayyip Erdoğan.

According to data from the German Federal Ministry of the Interior, there has been a rapid rise in the number of Turkish people seeking asylum in Germany since a failed coup attempt on July 15. Germany received asylum applications from a total of 5,166 Turkish citizens during the January-November period of 2016, according to a story in Deutsche Welle on Sunday.

Russian analyst: Turkey’s claim Gülen was behind envoy’s killing insult to ‘our intelligence’

Turkish President Recep Tayyip Erdoğan’s claim that US-based Turkish Islamic scholar Fethullah Gülen was behind the assassination of Russia’s ambassador to Turkey on Monday is an insult to Russian intelligence, a prominent Russian analyst said.

No investigation has been launched in the United States in connection with Turkey’s comments of the Gulen movement’s possible role in the Russian ambassador’s murder, a senior US Department of State official told TASS.

Following attacks and threats against Gülen movement sympathizers by Turks across Europe, a French court has handed down verdicts punishing two men for vandalizing an educational institution and sending death threats.