Camps in the Hizmet-Gulen Movement Tradition

The Gülen community, despite its relative youth, has developed a rich array of symbolic self-understandings and representations. This development of shared symbols and memories creates a sense of unity and collective identification beyond the interests and experiences of individual members.

Brief history of the movement

Broadly speaking, the development of the Gülen movement can be described as occurring through three phases. The first and initial period would be from the 1970s until 1983 and that could be characterized as a time for community building by Gülen and his immediate circle. From 1983-1997 the movement focused on educational projects, such as providing dormitories for college students and establishing primary and secondary institutes with a fo-cus on achievements in math and science while forging strong relationship among dedicated teachers and their pupils.

Internationalization of the movement began with an expansion of business and educational projects into the Turkish speaking ex-Soviet republics in Central Asia with the collapse of the Soviet Union in 1994. With Gülen’s move to the United State since 1997 the focus has further expanded to inter religious dialogue and a global expansion of projects and institutions. (1)

Several themes of the 70s period, the earliest in the development of Gülen’s work continue to be used to evoke memories and in some cases continuities with those times. These memories are remembered within the movement, evoked and re- enacted so as to create community and inspire a sense of participation and allegiance. Although the history of the Gülen movement is relatively brief-some forty years or less, practices of sharing memories inspires a collective sense of community and even sacrality.

One such theme is “camps.”

I was first invited to a Hizmet “camp” -a spiritual retreat gathering- during the winter season, in fact, the Christmas Holidays of 2005 in the Chicago area. My pre-existing impression of camps was of tents pitched in a forest. This camp however, was held in a summer resort hotel for which a very appealing rate could be negotiated during the winter season, especially at a time when most American families are at home with relatives.

The activities of this camp consisted of reading and discussing Risale Nur and Gülen’s book on the Prophet Muhammad. (2) No dramatic religious practices took place, just a simple round of communal ritual prayers and devotions. (3) Evening lectures were presented by visiting senior Abis (older brothers) and a few outside guests. Almost all sessions were conducted in Turkish. It was a family atmosphere with special classes and activities for children and young people.

It did not occur to me to ask-why call it a “camp”, and it was only later that I learned about the first Hizmet camps and their place in the memory of the Gülen movement. This I was to hear from one of the first members of Gülen’s circle in Turkey, a man who was an early follower of Hoca Effendi from the Days of the Kastanepazari mosque in Izmir, Ismail Büyükcelebi. (4)

After an evening (sohbet) with members of the movement in Chicago, I was granted an interview, conducted in Turkish. The following account of the first camp is based on my notes.

At the first camp in 1968 there were about 50 students. They lived in tents in an open field at Kaynaklar village near Izmir. It was in the open air and there was a row of pine trees on one side of the field. There was a one-room house that had been used as a barn and had to be cleaned up. For cooking they made a hearth out of stones.

All the students (male) were used to dorm life and had never cooked. They learned by experience, taking turns and having Hoca Effendi comment on the meals as they were progressing.

The water came from a well and there was no electricity, only the light of oil lamps. The only place to do laundry was in a stream about 30 minutes away. The second year of the camp there were 120 students and in the third 275.

In the 70s Hoca Effendi moved to the city of Edremit and so did the camps for four years. During this period, in fact, after the 1971 coup there was more pressure on the movement from the state authorities. Gülen himself was jailed for holding the camps as they were viewed as being potentially subversive.

Soldiers would routinely come and check for clandestine activities. (5)

When the students were alerted that such a raid was immanent they would hide their religious books such as copies of the Risale-i Nur. In order to give the impression that fewer attendees were at the camp, they used to put one bed roll on top of another.

They recited litanies of protection such as the prayer (du’a) of those who were at the early Islamic battle of Badr. Once Gülen saw a dream of the Prophet’s uncle, Hamza, just as a raid was immanent. They later learned that at that very time the jeep of a party of soldiers who were coming to investigate had an accident on the road delaying the raid.

At one time in the late 1960s the future leader of the Refah party, Najmettin Erbakan, came to the camps to attempt to rally support for his party. This type of political solicitation, however, was not an interest for Gülen’s students. (6)

In addition to its intrinsic historical interest, my purpose in recounting this camp narrative is that it typifies the type of account that members of the movement would listen to in a group session (sohbet). Often senior Abis will visit local groups and tell them stories of early struggles to establish schools in new and remote areas of the world. In fact, just prior to the interview at which Ismail Büyükcelebi told me about the camp, he had been presenting a sohbet at which he recounted his adventures in starting schools in South East Asian countries such as Thailand and Malaysia.

This would be an example of the sharing and implantation of shared memories-shared very explicitly of events some thirty or forty years old-clearly before the birth of many of the young followers of the movement, yet still relatively recent.

The fact is that such camps may be held by Gülen communities in far-flung situations and locations. They may be viewed as new seeds that are being planted in the hopes that they will flourish and inspire as those first camps did. There is also, perhaps a note of relief that the persecution of the 1970s had abated.

The Gülen community, despite its relative youth, has developed a rich array of symbolic self-understandings and representations. This development of shared symbols and memories creates a sense of unity and collective identification beyond the interests and experiences of individual members.

Excerpted from the article “The Cultivation of Memory in the Gülen Community”, presented at “Muslim World in Transition: Contributions of the Gülen Movement” Conference, 26-27 October, 2007, London, UK (http://gulenconference.org.uk/)

(1) Hakan Yavuz, for example, discusses this development of the movement in Turkish Islam and the Secular State. The Gülen Movement. Syracuse:Syracuse University Press, 2003.

(5) At that point visibly practicing Islam was considered subversive.

(6) This websites reading suggestions about Mr. Gulen and the movements stance against [party] politics.

– Does Gülen movement ever consider forming a political party?

– What does Fethullah Gülen say about Islamists/Islamism? 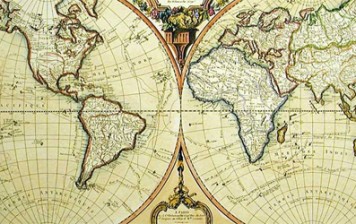 During his preaching years in mosques throughout Turkey, Gülen stressed education as the center of modernization and social progress. He emphasized continuously that peace, social justice and respect…

Why are Fethullah Gülen’s teachings attractive to followers?

The Gülen Movement arose among pious men and women who wanted a modern interpretation of religion. In the dynamics of the transformation of the movement, the social milieu… 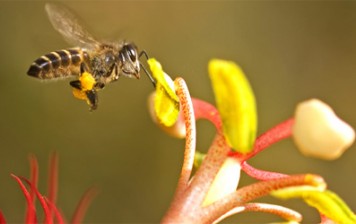 Greg Barton Gülen is generally seen to draw directly on the intellectual heritage of the influential and greatly loved Sufi scholar and writer Bediuzzaman Said Nursi. And indeed,…

From its founding amid the ashes of Al Qaeda in Iraq, ISIS has dealt in deception as well as death. Despite its name, ISIS represents a perversion of Islam. The group’s dress, flags and slogans cannot hide their abhorrent betrayal of the spirit of this major world faith. Denying this barbaric group a geographical base that emboldens them to claim statehood is a worthwhile goal that all Muslims should support.

Under arrest for months, 62-year-old teacher dies of cancer in prison

Arrested for raising donations on behalf of a Gülen movement-linked charity, 62-year-old religion and ethics teacher Hüseyin Pembe passed away after his battle with cancer in prison on June 1.

Erdoğan: Our people will punish Gülenists in the streets if they ever get out of jail

Turkish President Recep Tayyip Erdoğan said in a public speech on Wednesday that if people affiliated with Turkey’s Gülen group are released from prison after completing their prison terms, the Turkish public will “punish them in the streets.”

This kind of events made our community stronger and send clear message the terrorist groups that they never will be successful to appeal the nation with their sick acts.

Şule Akkaya, a primary school teacher who was detained on June 1, 2017 as part of an investigation into the Gülen group, reportedly covers 40 to 50 km twice a day to breastfeed her one-year-old baby in Zonguldak.

It’s an old story with dictators. If unopposed, they become ever more brazen in their aggression. Case in point: Turkey’s Recep Tayyip Erdoğan. On May 16, during a state visit to Washington, Erdoğan’s bodyguards beat up peaceful protesters, many of them American citizens, in front of the Turkish embassy. At least 11 protesters were injured.

Haldun and his wife, Funda, fled Turkey about two years ago with their three daughters and are now seeking political asylum in the United States because if they go back to Turkey they face arrest and likely torture. Once a successful manufacturer of washing machine products, Haldun, Funda and their children are now a family without a country; their factory turned over to a government trustee, their passports taken away, and their property and belongings nationalized.

Eight non-governmental organizations have called on the Georgian government to refrain from returning detained Turkish teacher to back home where “he will be possibly subjected to political persecution, torture, inhuman and degrading treatment or punishment. “[He] will have no access to fair trial,” said a statement, released on May 31.

Turkey’s ability to stop Kanter from living in the U.S. or playing in the NBA is basically non-existent. The U.S. won’t allow Turkey to extradite him. But Erdoğan’s government has an ulterior motive in attempting to intimidate Kanter. “The point of this exercise is to let Turks around the world know that none of them are safe, that they should not speak out against the government,” Joshua Landis said.

Yet another woman detained due to Gülen links shortly after delivery

Teacher Esra Demir was detained on Monday, a day after giving birth in Batman, as part of a witch-hunt targeting the Gülen movement, news website tr724 reported.